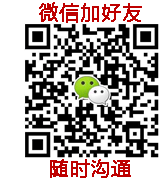 The best way to learn Mandarin Chinese is to spend a life there. Ben Macintyre has two weeks. And first he has to get over a little local difficulty with his name.

Learning to speak Chinese is often used as a metaphor for “impossibly difficult”—along with rocket science, three-dimensional chess, and anything written by Stephen Hawking.

But how difficult can it be?

“That,” the commissioning editor said, lighting another Havana, “is what you are going to find out.”

Today The Times is giving away a CD designed to enable readers to teach themselves Mandarin Chinese conversation, via various conversations reproduced opposite and all next week in times2. My task is to road-test the course. I am not going to attempt written Chinese: the largest Chinese dictionaries contain more than 56,000 characters, and merely to understand a newspaper requires about 3,000. My mission is to develop, in a short space of time, the ability to order a meal, introduce myself and find the loo — basic survival Mandarin.

Experts agree that a teach-yourself audio course is not the best way to learn Chinese. The best way is to be born Chinese and grow up in China.

The second best way is to be taught by Dr Song Lianyi, of the School of Oriental and African Studies (SOAS) at London University, coauthor of the course. Dr Song, jovial and beaming, has the great Chinese virtue of patience—just as well, as he has just taken on his most unpromising student in 20 years of teaching.

“People say Chinese is a difficult language, but what makes Chinese difficult is the writing,” he insists. “As a spoken language it is as easy and difficult as any other language.”

The most tricky aspect of spoken Chinese for a Westerner, Dr Song explains, is the different tones in pronunciation. There are four: the first, high and level; the second, rising; the third, falling and rising; and the fourth, falling. The same word can mean four different things, depending on its tone. The word ma, for example, can mean “mother”, “hemp”, “horse” and “to curse”. In English, pitch patterns add emotional color; in Chinese, they dictate meaning.

In many ways, Chinese is like a linguistic puzzle, fitting together in a series of logical ways: master the tones and you can unlock it. Chinese has no genders, irregular verbs, noun plurals, or tenses. For a novice, however, the tones offer multiple opportunities for confusion, particularly if your name happens to be Ben.

The name Ben is pronounced in the falling and then rising third tone – it also means “root”. The word ben pronounced in the level first tone, means “to dash forward”; in the fourth tone, however, it means, “incredibly stupid”.

To introduce myself, I say: “Wo shi Ben”. A very small change of inflection means that I am announcing: “I am incredibly stupid.” Ask for a “light” (dhuj) in the wrong tone and you might get a “big turkey”.

So far, so scary. But Dr Song is reassuring. The meaning of most words is apparent from their context, and while the different tones seem daunting initially, they are so different that distinguishing between them is easier than it seems.

We practise our tones, then a few simple sentences. We introduce ourselves in Chinese, offer one another tea, and exchange business cards. The word for The Times, Dr Song reveals, is the same word and characters as “the Thames”. When it was first written down in Chinese, that is how it was transliterated: in Mandarin, “The Thunderer” will forever be a river.

I am no linguist. (Which is why, I suspect, I have been chosen for this job.) I can speak French adequately, Italian atrociously, and deliver a series of untranslatable Russian insults. Before last week, I had never spoken a word of Chinese outside a takeaway menu.

But after an hour of Dr Song’s patient tuition, I am beginning to distinguish the different tones, amid the attractive sing-song cadence. I can order dumplings. I can ask for directions (though I cannot understand the reply). I can refer to my mother without calling her a horse.

There are still pronunciations that elude me completely. The word for four – si, in romanised form – has a sort of fizzing dental-fricative quality that I cannot get my teeth around.

I know I shall never speak Chinese well (the ability to absorb a new language begins to deteriorate at the age of 6, and after 16 it is almost impossible to learn a new language without an accent). But for our children and grandchildren, the aliensounding lilt may soon be as familiar as French, and rather more useful.

Chinese is spreading across the globe, partly as a result of China’s expanding economy and increasing weight in international affairs, but also because of a campaign by Beijing to make Mandarin a global language. Roughly one in six of the world’s population speaks Chinese, and some 800 million people speak Mandarin. China’s Ministry of Education hopes to teach another 100 million foreigners to speak it by the end of this decade. Beijing has sent teachers to 300 schools in 70 countries, while the network of Confucius Institutes (the Chinese equivalent of the British Council) is spreading Chinese language and culture.

In Britain, modern languages are declining, but the number of sixthformers taking Mandarin Chinese at A-level has risen some 50 per cent since 2001. Almost 4,000 students took Chinese GCSE last year.

“We are seeing thousands of people coming to do Chinese language courses. Many of them are businessmen but also others planning to visit China,” Dr Song says. “Here at SOAS we have seen a 10 to 20 per cent increase in the number of students every year for the last six years.”

The spread of Mandarin is even more dramatic in Asia, where economic ties with China are beginning to eclipse those with the US. Everyone speaks English in the business world already: the way to get ahead, many believe, is by learning Chinese. The number of Japanese schools offering Mandarin has tripled in eight years, and the growth in South Korea is even more dramatic.

It’s all very well for Korean or Japanese students. Some 60 per cent of the Korean vocabulary comes from Chinese, and written Japanese has several thousand Chinese characters.

The US State Department estimates that it will take an Englishspeaker 2,200 hours to reach anything resembling proficiency in Mandarin: roughly 13 months as a fulltime job. I have exactly a fortnight.